While many drivers might not notice a fractional drop in miles per gallon, anyone who operates a commercial truck lives and dies by small changes in fuel economy. Losing 0.5mpg can mean a substantial difference in profitability over the 45,000 miles driven per year by the average semi-truck. While driving habits and maintenance can influence fuel economy, a sudden drop may indicate a more severe issue.

Even if you aren't experiencing any other drivability issues with your truck, you should pay close attention to changes in fuel economy. Aside from potentially drastic cost increases, they could be an early warning of something much worse waiting in the wings. While many problems may result in a loss of fuel economy, these are three common ones on commercial diesel vehicles.

Nearly all semi-trucks and heavy-duty commercial vehicles use turbodiesel engines. These engines provide a good balance of power and efficiency, supplying commercial drivers with the torque they need for heavy loads and fuel efficiency to minimize costs. However, turbochargers require extra air hoses and plumbing, creating the potential for additional leaks.

A boost leak is simply an air leak in the charged air system. These leaks prevent your truck from reaching maximum boost, limiting its power and efficiency. Due to a rich fuel trim, you may also notice additional particulates (black smoke) in your exhaust. A boost leak can damage your truck's turbocharger, so fixing this problem is critical even if the reduced fuel economy isn't a major issue.

While fuel injectors are essential to any modern engine, they're especially critical for diesel motors. Where gasoline engines regulate the amount of air to vary throttle, diesel engines regulate fuel. Dirty, clogged, or faulty injectors severely limit your engine's ability to regulate its throttle, resulting in everything from poor idling characteristics to severely reduced power and fuel economy.

Injector problems can range from relatively mild to fairly severe, depending on the failure mode. Certain failures, such as those that cause the injector to spray excessive fuel, can severely damage your truck's engine. It's always best to address injector problems sooner rather than later to restore your fuel economy and avoid engine damage.

Diesel particulate filters (DPFs) are a relatively new part of commercial vehicle emissions systems. While these components help your truck remain more environmentally friendly, they can also create restrictions on your exhaust system. While manufacturers engineer DPFs to regenerate automatically, there are numerous reasons why this process may fail.

Unfortunately, a blocked DPF will do more than simply reduce your fuel economy. You're also likely to experience a loss of power and poor idling characteristics. In some cases, your truck may even go into limp mode. If you suspect a clogged DPF, it's best to have a shop examine your emissions system to determine why regeneration failed and how you can resolve the issue.

If you notice any of these issues, reach out to a diesel repair shop. 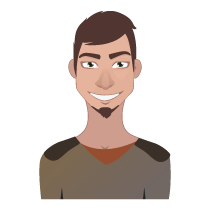 After trying in vain to fix my car for a few months, I realized that I needed to hire a professional. I was tired of dealing with repairs that I was unfamiliar with, and I knew that I needed to get some help. I started looking around for a great auto mechanic, and even though one business was more expensive than others, I decided to work with them. They worked hard to fix my car, and I was really pleased with how great of a job they did. This blog is all about investing in proper auto service so that you don't have to deal with problems in the future.